Review for The Dragon’s Dove Chronicles #1-#3.1 by Kim Iverson Headlee

Kim Iverson Headlee's "Dawnflight," "Morning's Journey," and "Raging Sea: Part I: Reckonings" are the #1, #2, and #3.1 tales in The Dragon's Dove Chronicles. I love this series! So wondrously detailed. It draws you in right from the beginning. Headlee's writing is always so descriptive. She really paints a picture. I could see this as a TV series. Love the historical references. Everything seems true to time period and well-researched.

Those who aspire to greatness must first learn servanthood.
Stripped of kin, clan, country, and even his identity for having failed the most important woman in his life and her infant son, Angusel begins the arduous task of rebuilding his life and reclaiming his honor. The path he treads is fraught with uncomfortable revelations, unexpected reconciliations… and unavoidable reckonings.
BUY & TBR LINKS
AMAZON WORLDWIDE LINK (Kindle Unlimited only)

Gull gave Angusel a measuring stare, glanced at the skies—which had remained calm, and the temperature was behaving itself for once—and reached a decision. “Elian, the wood can keep. Our wee lion cub needs a woman. So do I, truth be told.” He picked up his sword.

Over Angusel’s embarrassed, “What!” soared Elian’s hearty laughter. “I suppose you know just the place,” said the centurion with a grin.

“Of course. Don’t you?” Gull shot back. When he got no response, he continued, “How long has it been for ye, auld boar?”

Elian’s grin soured. He pivoted on his wooden leg and stomped inside the cottage. Without looking back he said, “None of your cac-licking business. Take him, then. Just don’t be all day about it.” The words faded with distance until the last few were almost inaudible.

Kim Headlee lives on a farm in southwestern Virginia with her family, cats, goats, Great Pyrenees goat guards, and assorted wildlife. People and creatures come and go, but the cave and the 250-year-old house ruins—the latter having been occupied as recently as the mid-twentieth century—seem to be sticking around for a while yet. She has been an award-winning novelist since 1999 (Dawnflight 1st edition, Sonnet Books, Simon & Schuster) and has been studying the Arthurian Legends for nigh on half a century.

Reviews for The Bellator Saga: The First Trilogy by Cecilia London

Two souls intertwined. One epic love story. Get swept away in the passionate romance between political opposites Caroline Gerard and Jack McIntyre in the first half of The Bellator Saga. This set contains the first three books in the series, Dissident, Conscience, and Sojourn. *** "If you only read one series in 2016, make it The Bellator Saga by Cecilia London!" - Irene, The Literary Gossip   "I can't recommend this series enough. It's one for any contemporary romance reader, any Hunger Games lover, any dystopian lover, any fans of erotica. I IMPLORE you to read this series. You don't want to miss it." - TeriLyn Reviews   "...One of the most unforgettable reads of my life. This riveting and compelling story gripped me. Stole my heart. And I don't think I will ever get it back." - Bianca, Biblio Belles  "This series is unique, poignant, and unforgettable. Readers will be irreversibly
Read more 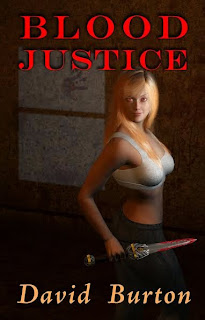 Note: This is NOT a romance, it's a Vampire Fantasy read. My Review David Burton's "Blood Justice" is the first book in a Vampire Fantasy series. It's a fascinating read. It has an ensemble cast. The good guys are all good gals! Like Buffy The Vampire Slayer but with three adult female Vampires working together to avenge the murders of their loved ones. A couple of interesting plot twists. At times, there was almost too much going on - almost - it was a heady read. Can't wait to check out the next book, "Blood on the Water." 4 out of 5 stars http://bylightunseenmedia.com/ bj.htm http://www.amazon.com/Blood-Justice-David-Burton-ebook/dp/B0044R9254/
Read more

Cover Reveal for The Misfit Brides Series by Jamie Farrell

The Misfit Brides Series by Jamie Farrell Genre : Contemporary Romance Blissed (previously published as The Husband Games) Book 1: The Misfit Brides Series Release Date: August 7, 2014 Add to Goodreads Buy the Book : Amazon ~ Barnes & Noble ~ iBooks ~ Kobo ~ Google Welcome To Bliss, the Bridal Capitol of the Midwest! Natalie Castellano practically has it all—beauty, brains, and a stellar reputation. Because childbearing hips and exhaustion lines are totally sexy. And knowing when to let go of her family’s failing bridal boutique is smart…right? Plus, who doesn’t want to be that divorced mother in Bliss? With all she has going for her, it would be selfish to secretly wish for love too. Who needs it? Definitely not Nat. But perhaps she does need to take her wedding dress-obsessed little boy somewhere else for a fresh start. CJ Blue is on top of the world. At least, he was last week when he stood on the summit of Mount Kilimanjaro. Now, h
Read more