Review for Taken By Desire (Demonic Desires #1) by Valerie Twombly 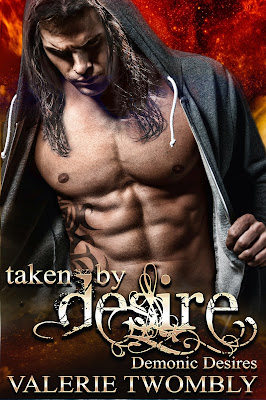 Greydon has two important missions: Find his brothers and rescue his people. His duty becomes complicated when he's forced to beg a human to save his life.

Aimee Jarvis always considered her bookstore a detour to bigger things. Little did she realize her next stop would be the intriguing world of a demon prince. Yet, she finds the dangerous Greydon alluring.

While their attraction continues to burn, they both deny what their hearts already know. It will take the mystery of an ancient civilization and a shocking discovery for them to admit their desire.

Taken By Desire is the first book in the Demonic Desires Series by Valerie Twombly. Greydon, a Valarian demon, was forced to flee his home when their enemy the Concosa invaded their home, killed his parents the King and Queen and captured the rest of his family. After that he spent the next year hunting the demon who killed them, but when he finally finds him and kills him he also finds so much more than he was expecting. Aimee Jarvis is just an ordinary woman who owns a book store and is fascinated with old languages like ancient Greek, that is until the night she is attacked by some demons but is thankfully saved by a tall dark and handsome man and gets thrown into a world she never thought existed. The feelings these two have for each other are instant and strong yet they both fight it as hard as they can, but there is only so much fighting one can do before they just have to give in and go for what they really want. This book is so much more than just a love story though. Greydon may have killed the man who murdered his parents but his brothers and friends are still missing and there is still a war against the Gods that must be won not to mention he, the future king of their race, must endure a painful week long test called the Omagadon to see if he will become a warrior of their goddess Uuna or one of the enemy, the Concosa. Can Greydon become a warrior of his Goddess or will he fail the test and become a dreaded Concosa? With all the twists and turns in this book you will be kept on your toes from the start to finish and the characters with their witty humor and sarcasm will help lighten the darkness in this book. This is a must read for anyone who likes to read paranormal. 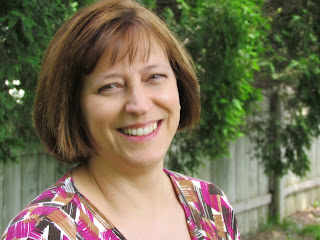 Award winning and best selling author Valerie Twombly grew up watching Dark Shadows over her mother’s shoulder, and from there her love of the fanged creatures blossomed. Today, Valerie has decided to take her darker, sensual side and put it to paper. When she is not busy creating a world full of steamy, hot men and strong, seductive women, she juggles her time between a full-time job, hubby and her two German shepherd dogs, in Northern IL. Valerie is a member of Romance Writers of America and Fantasy, Futuristic and Paranormal Romance Writers.