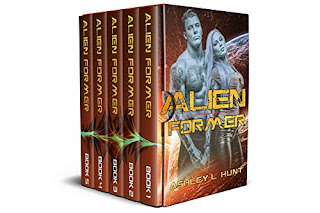 #1 BESTSELLING Sci-Fi Romance Series on Amazon with a huge collection of lovable characters!

Joanna Angeles is ready for anything. She has been dispatched to a frozen planet at the back end of nowhere, accompanied only by an advanced Artificial Intelligence known as Barbas. Her mission: to transform an unliveable frozen wasteland into a home for over a hundred-thousand colonists within ten years. Unbeknownst to her, the brutal glacier world is not as lifeless as she thought. When her planetfall is mistaken for the coming of a deity by a local ranger, Volistad, Joanna finds herself embroiled in an ancient war.

Can Joanna and Volistad find common ground, despite their vast differences?
Can they forge a connection to unite their two peoples? Or will the ice-bound world of Chalice claim them all?

Join Joanna & Bardas in their mission to survive to this exotic and new harsh planet...

Readers should be 18 and over due to mature situations and language.

Get This Book for FREE With Kindle Unlimited!

Alien Former Box Set is a set of 4 sci-fi romance books by Ashley L. Hunt. The 4 books take you on a journey to another world where you travel with Joanna Angeles and her AI lover Barbas, who are sent to make way for a group of colonists that will eventually live on the far away planet  and a local ranger Volistad, who mistakes Joanna for a goddess. If you like Si-Fi this is a great read with twists and turns that will keep you reading til the end. With Action, romance and suspense all wrapped up in one series no reader can go wrong picking this up to read.

If you'd like to be notified of new releases, special sales, and get FREE ebooks, subscribe here: http://ashleylhunt.com/

Ashley Hunt gained her Philosophy degree in Denver, Colorado at The University of Colorado. She made Denver her permanent home when she married her college sweetheart. Married six years the couple has a adorable daughter and a yellow Labrador named Oodles.

Living in the shadow of Gray's Peak proves to be inspirational to Ashley as she sits at her desk in her home office where she writes her Romance stories and can merely look out the window to renew her creativity. 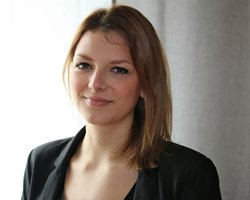