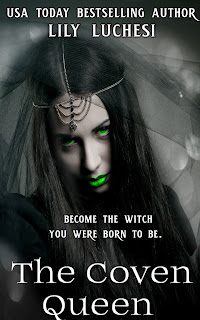 Available now on Kindle Unlimited!
Read the finale of the #1 bestselling Coven Series! 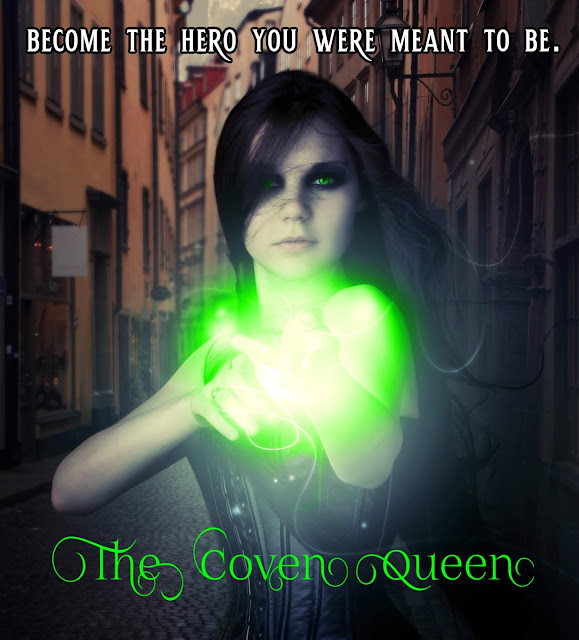 The man yanked Harley up from her seat, still keeping the gun on her, and pulled her across the hall, kicking open the door where Caelum was being held.
He was being held still by two men, while the one woman held a silver blade to his throat. The third man had a gun pulled on him from the corner of the room. His wrists were bright red, as was the area of his neck where the blade touched. The silver was burning him. They had figured out he was a shapeshifter.
“What are you waiting for? Kill him!” the man holding her commanded.
Everything after seemed to happen in slow motion. The woman dug the tip of the blade into his throat and moved it downward, obviously to stab his heart and kill him. Caelum gasped and closed his eyes, absolutely helpless. He looked ready to swoon from the pain.
Harley’s body began to tingle from head to toe as her magic blossomed within her, hot and angry and ready to strike as though it was a living thing.
The man holding her let go abruptly, as her magic burnt him, eyes wide as he stared at her.
She paid him no mind, however. Her eyes, and her heart, were on Caelum.
“No!” she cried, and at her word, as though it was a command, her magic seemed to break free, uncontrolled and harsh. The cuffs holding her snapped apart and fell to the ground with multiple clinks while her green magic flew out, attacking every single human in the room. As if it were a wave, it dispersed, knocking all six humans into the walls. Now not held up by anyone, Caelum fell in a heap to the ground, blood slowly dripping from his wounds.
No longer shaking and filled with brimming magic, Harley rushed forward, not checking on a single human. She kicked the knife out of the way and felt for a pulse on Caelum. It was there, they hadn’t reached his heart yet when her magic had stopped them.
“Caelum,” she whispered, feeling her hand tremble as she held her palm over his wounds. “Plaga reparo,” she cast over and over, until he was no longer leaking blood. Without saying a word, her magic went out on its own once more and shattered the handcuffs so that he was no longer burning. Gingerly, she took his hands in hers and healed the round burn marks on his wrists.
People clattered behind her and she leapt up, ready to defend them both if need be. But to her surprise, she saw Director Mancini and three other agents from the PID. Judging by the Dark energy, two of those agents were vampires.
“What happened here?” Mancini asked, looking around.
“We found the hunters’ lair,” Harley replied. “I will fill you in later; Caelum needs help. He fainted as they were trying to stab him with a silver blade.”
Mancini went down by Caelum and said, “I believe he’s simply unconscious now, but we will take him back to the PID and get a Medic to look at him. Are you all right?”
“Yes, sir,” Harley said.
“How the Hell did you knock them all out?” one of the other agents asked, nudging one of the hunters with her boot.
“I--” She wasn’t sure what to say. To admit that she didn’t have full control of her magic to the paranormal police was a bad idea.
“Never mind. Are they all alive?” Mancini asked.
“Not this one.” The other vampire agent pointed to the woman who had held the knife to Caelum’s throat. “Her skull’s been shattered.”