Promo for Simple by Dena Nicotra 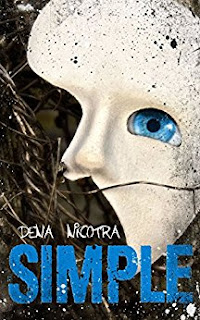 Nothing simple is real.
You will look twice at people…and technology.

In a future that is the by-product of a digital era nightmare, the idea of making life simple appealed to the mainstream. After the economic collapse of the twenty-first century, the government latched on to technology like an economic life-line. Bio-synthetic humanoids integrated into society with relative ease. Taking on the menial jobs, humans grew dependent on their android counterparts, but the corporate sector took things too far. Wrapped in their one-click comfort zones, people trudged along with their latte’s and fashion trend blinders.

The dark side of genetic engineering is a harsh reality.
Humans are being hunted.
They don’t stand a chance.

No one seemed to notice that they weren’t acting as hospitable as they once had. They should have. They didn’t have weaknesses like we did, and, they were capable of clever, unimaginable cruelty.

Those that have survived call the rogue bio-synthetic humanoids "simps" because the company that started the mess had a cheesy marketing campaign that said they made life "Simple." They couldn't have been more wrong. When the war broke out, simps were used to spare human losses. It was viewed as a brilliant solution until a developer working for the enemy infected the simps with a virus that caused them to turn on the humans they served. They couldn't shut them down fast enough.

Fans of Isaac Asimov will appreciate this fast past thriller, although the three laws of robotics never applied to simps! This cyberpunk tale is set in the year 2038.

Hailey Pachello doesn’t do people. She relies on herself because it’s easier. It’s safer, and it’s less dramatic. That is until she meets Leonard ‘Gizzard’ O’Malley. Giz has connections and a plan, and it might just be a good one.

Join Hailey as she embarks on her wondrous adventure, in a timeless, powerful, and memorable cyberpunk thriller.

Link to my author page on Amazon: https://www.amazon.com/Dena-Nicotra/e/B00BKAFDQK/ref=dp_byline_cont_ebooks_1
Link to my Blog: http://denanicotra.blogspot.com/

I guess the first thing I should share with you is that I am a huge fan of imagination, dreams, and creative ideas.  We define ourselves in such things.
I've been a writer for as long as I can remember and that is a very good thing because I'm not very good at sports.  Yes, I was the little kid that closed her eyes when the ball came by!  I grew up back and forth between California and Arkansas, and I love fried catfish as much as I do sushi.  The things I hold closest to my heart are faith, family, friends, and old-timey stuff.

What old-timey stuff you ask?  Well, I like aprons, old books, and cooking things from scratch that most folks prefer to buy -- like homemade pies and jams!

I hold a degree in Communications which gives me super powers for talking (not), but I do like to yack.  Aside from writing fiction, I am a journalist and copywriter.  Writing is pretty much what I do while I'm breathing in and out.

Things I don't like - I'm not comfortable with selfishness, I despise rudeness, and I am known to be slightly terrified of roller-coasters, and other thrill-seeking activities...like escalators. Did I mention that I'm a huge Disneyland freak?  It is my favorite place in the whole world.

I live in the desert (tumbleweeds inspire my writing) in California with my husband, two sons, and two very spoiled little dogs. I love rural living, but can't be too far from the city for very long.  One does need to shop. 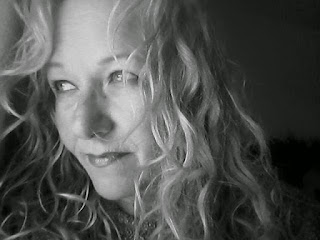