Review for Ghosted by J.M. Darhower 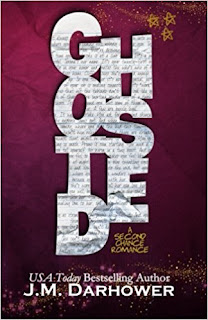 He's a troubled young actor, Hollywood's newest heartthrob, struggling with fame as the star of the latest superhero franchise. Through scandal after scandal, addiction on top of addiction, a flurry of paparazzi hunt him as he fights to conquer his demons. She's a single mother, assistant manager at a grocery store, existing in monotony with her five-year-old daughter. Every day when she goes to work, lurid tabloids surround her, the face of a notorious bad boy haunting her from their covers. A man and a woman, living vastly different lives, but that wasn't always the case. Once, they were just a boy and a girl who bonded over comic books and fell in love unexpectedly. When Kennedy Garfield met Jonathan Cunningham back in high school, she knew he had all the makings of a tragic hero. With stars in his eyes, and her heart on her sleeve, the pair ran away together to follow their dreams. But dreams, sometimes, turn into nightmares. Now, years later, the only thing they share is a daughter—one who has no idea her father plays her favorite superhero. But Jonathan is desperate to make amends, and at the top of his list is the woman who gave up everything for him and the little girl he hasn't yet met.

J.M. Darhower's "Ghosted" is a great read. This book is worth so much more than the $2.99 that she is charging for it!!! This book is EVERYTHING!!! Kennedy Reagan Garfield grew up with 2 different parents, hence her name. She was named after past presidents. She met Jonathan Cunningham at private school. He grew up privileged. But money doesn't buy everything. All he wanted was his dad, the speaker of the house... to love him and take care of him.  What happens when the loner and the bad boy of private school become friends? Find out in this amazing read!!!

USA Today Bestselling Author of predominately romantic suspense novels about the baddest bad boys and the ladies who love them. Fangirl at heart, J.M. is obsessed with books, music, Star Wars, and all things Marvel, especially the glorious Sebastian Stan. She spends her days in a tiny town in North Carolina, churning out words and chasing down Pokemon. 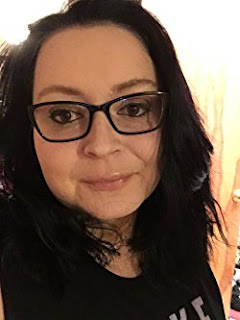