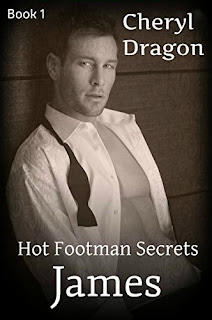 Retired Colonel Fred Hemley, injured in service, has a plan to help men who prefer other men—both the wealthy and powerful, as well as the servants. He just needs the help of James, a footman fired by Fred’s father, an earl. A skilled valet and footman, James was caught with another man. James blamed the horror of war for his bad behavior and the earl showed mercy, not turning James over to the police. Free but dismissed with no reference, James has nothing to lose joining Fred in his scheme. Nothing--except his heart and freedom. 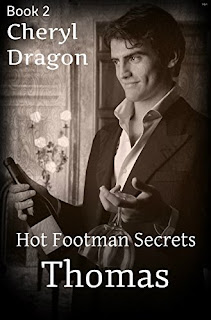 Thomas had left a male brothel to work at Sherrington Park. He never imagined a rich and wild client would track him down in the wilds woods north of England. Thomas had hoped to leave his prior job behind him. What does Chris want? Is it lust, a joke, or more? Luckily another man wants to hire him. A reliable and established older man who seems to be looking for simply a servant.Chris was the son of a rich businessman who'd survived the war on luck and a smile. Life had been easy until now. He travels for the family business but he wants more. He wants Thomas by his side. Chris might be too late. A titled and handsome older man is trying to hire Thomas away. Chris is ready to fight again--and he'll fight dirty to get what he wants.