Review for A Dance With Seduction by Alyssa Alexander

Despite being a native Michigander, Alyssa Alexander is pretty certain she belongs somewhere sunny. And tropical. Where drinks are served with little paper umbrellas. But until she moves to those white sandy beaches, she survives the cold Michigan winters by penning romance novels that always include a bit of adventure. She lives with her own set of heroes, aka an ever-patient husband who doesn’t mind using a laundry basket for a closet, and a small boy who wears a knight in a shining armor costume for such tasks as scrubbing potatoes. 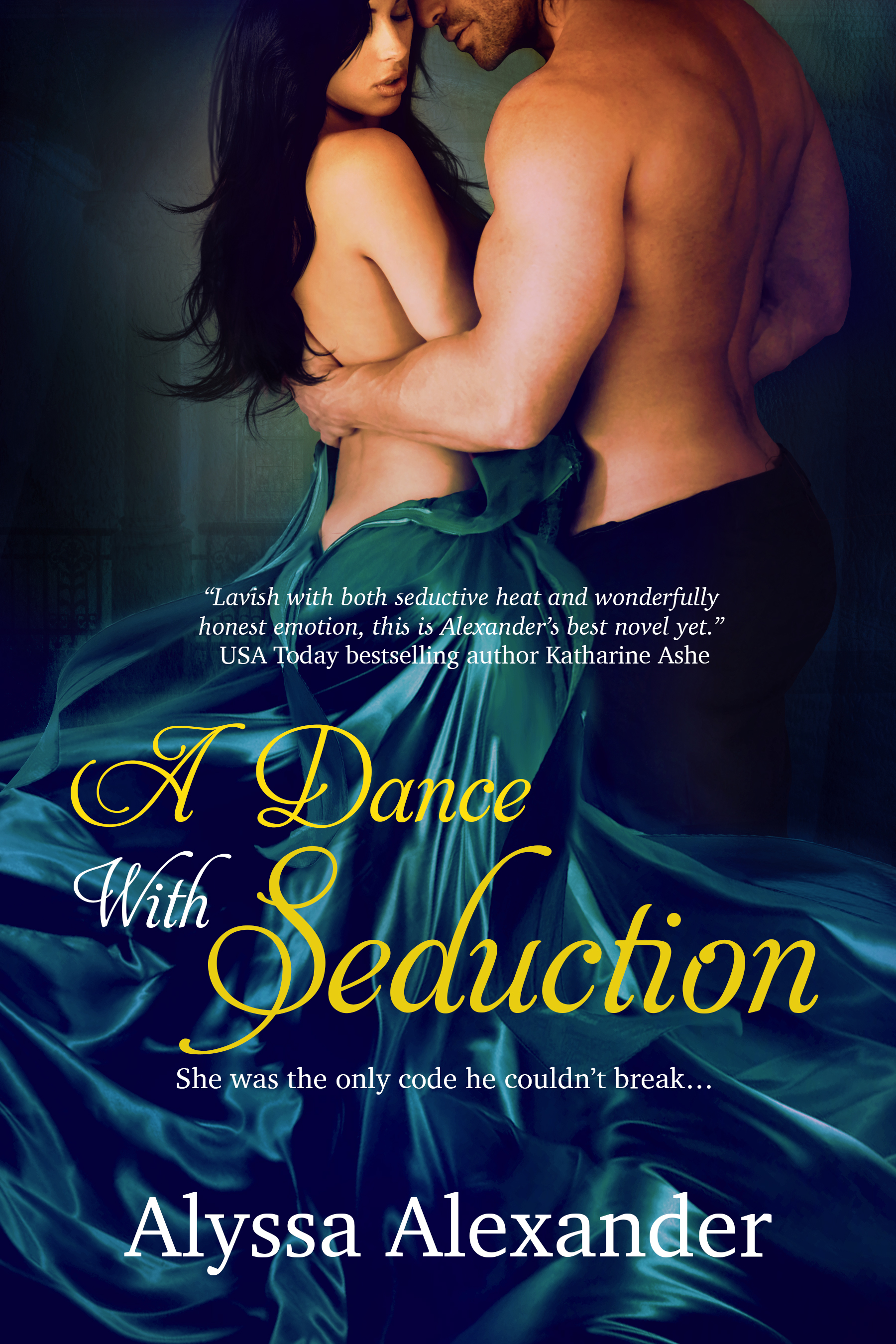 She was the only code he couldn't break...

Vivienne Le Fleur is one of London’s most sought after opera dancer and one of England’s best weapons: the spy known as the Flower. When a French agent pressures her to change allegiance by abducting her sister, Vivienne is forced to seek the help of the only man in London who doesn’t want her.

Maximilian Westwood, retired code breaker, doesn't like surprises or mysteries and The Flower is both. When she sneaks into his study in the middle of the night with a coded message, he’s ready to push her out whatever window she arrived through. Except Maximilian is unable to turn away a woman in trouble. Determined to rescue Vivienne’s sister, they engage in a game of cat and mouse with French spies that requires all of Vivienne’s training and Maximilian’s abilities. Bound together by secrecy, they discover there is more between them than politics and hidden codes, but love has no place among the secrets of espionage...

A Dance with Seduction is the third book in the Spy in the Tone series by Alyssa Alexander. This was a really good read for me. I love historical romance novels and it’s actually my first one with spy's and code breakers. Definitely a neat change for me and I did enjoy it quite a bit. I love how strong Vivienne Le Fleur is, she is a good main character and the other main character, Maximilian Westwood was great too. He is a little different than I like but he grows on you.  Overall this was a very interesting read and look forward to reading more from this author and the series.