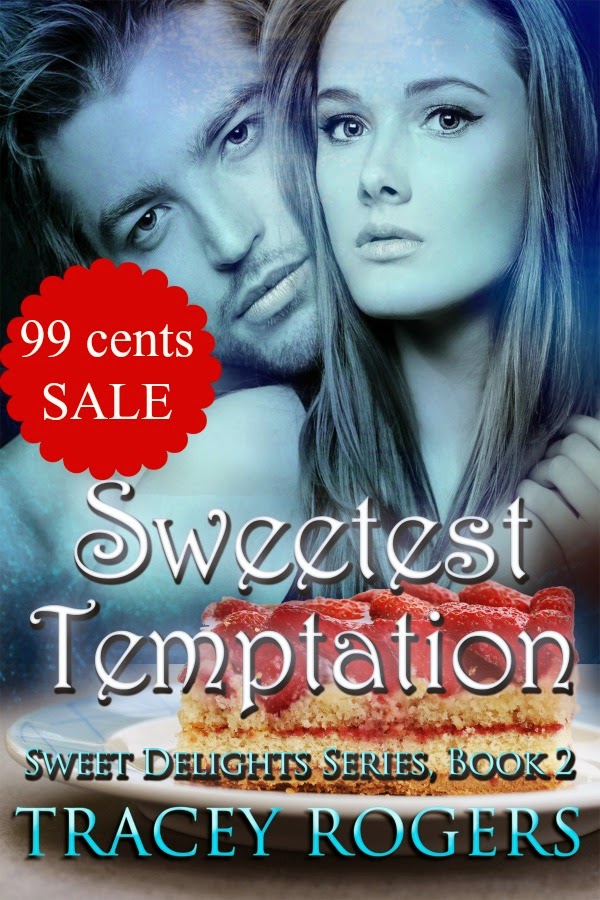 Blurb
The temperature's rising in the Sweet Delights Bakery…

Entering the most popular baking competition on TV wasn't shy bakery owner Vanessa Trent's idea. Especially as she prefers to steer clear of the media attention her famous family constantly attracts. But she desperately needs the prize money.

With his future on the line, Jake Walker vows to avoid trouble, which is difficult to do when it lands in his lap…literally. Vanessa Trent is out of bounds. He knows that. But if he can't resist her delicious cakes, how's he supposed to resist her?

Vanessa and Jake both have secrets to hide. Combine that with a vengeful ex-husband, sabotage, and throw in a little blackmail, and soon the spotlight falls on both of them. Temperatures rise, and it's chaos in the kitchen. Can they take the heat, or are they both about to get burned? 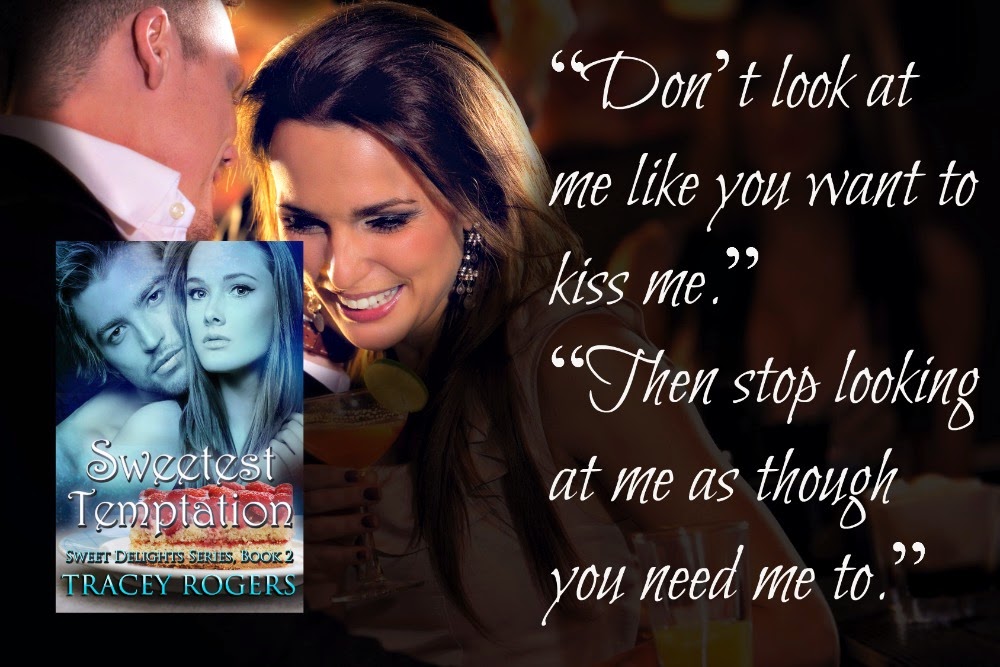 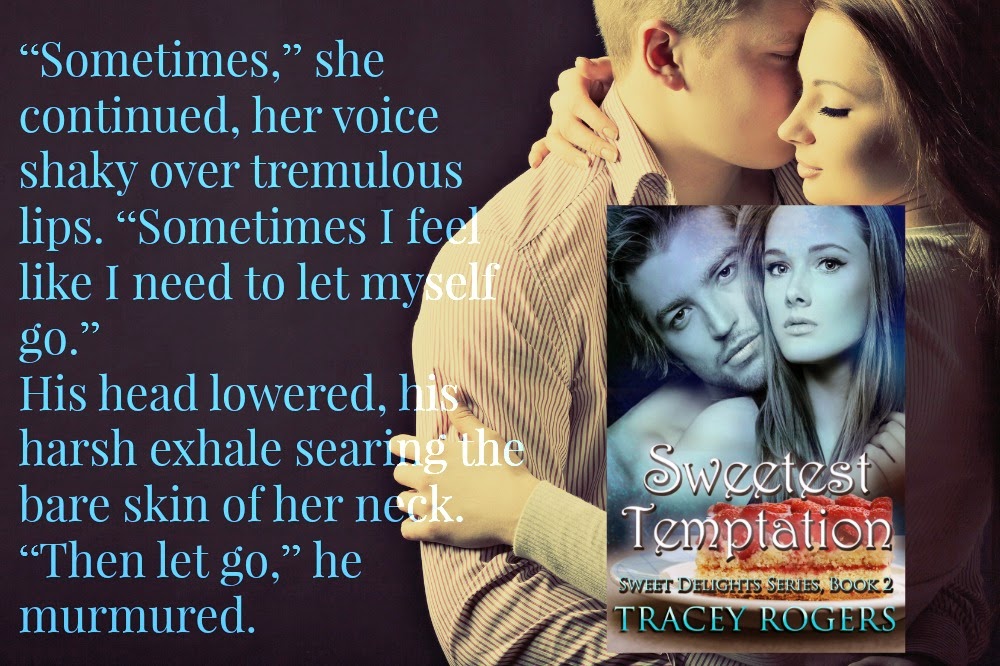 Excerpt
Gripping the woman's wrist, Jake managed to restrain her before the weapon made impact with his head again. He shoved his upper body forward and flipped them both over.
Now this was much better. Or it would be if she'd quit squirming. Not that it was a bad sensation or anything, but he was starting to enjoy this more than the situation should allow.
With one hand free, her fingers scrabbled at the side of her. When her fingers wrapped around the torch he snatched it out of reach. He grasped her wrist and yanked both of her arms over her head, holding her captive with one much larger hand than her daintier ones.
Picking up the torch, he pointed it at the large, temple-throb causing weapon. As he read the first line on the bag he snorted in disbelief. Clearly she was a novice in the weapon department.
"A confectionery product? What the hell was that meant to be—death by chocolate?"
"God no," said the muffled, completely aghast voice from beneath her mound of hair. "I would never hit someone with chocolate."
Okay, so maybe she wasn't a threat to anyone at all. Jake released his grip a little.
"Chocolate is way too expensive to waste," she continued. "I hit you with a catering pack of marzipan."
He tightened his hold again. With her still wrestling beneath him, he decided out of fear for his man parts, it was time for some answers. Reaching out with his free hand, he brushed the silky strands from her face. She bucked beneath him like a stray cat fighting for freedom. At first he thought she was furious, but then he gazed into her green eyes and saw fear.
Although he took his work seriously—hell, sometimes caution had kept him alive—no way was he a monster. Waiting for her movements to abate he lifted his chest. In one smooth movement he traded position and surrounded her hips with his legs, trying to take away the intimate contact steering him from sound judgement, yet still stifling her leg movements with the grip of his thighs. Resting more on his knees than pressing his full weight into her, the increased gap between them gave him the perfect opportunity for another perusal of her small frame.
With her arms upstretched, her small breasts raised higher with each dragged in breath. Her shirt, trapped beneath his knees, pulled taut and had lifted to reveal her scarlet knickers and a hint of smooth, pale skin peeking above. He blinked. Maybe the glorious sight was a figment of his imagination due to his recent lack of female companionship? His gaze drew to her parted lips, open to allow the release of expended energy from her lungs. The fullness of her bottom lip was so damned tempting.
"Anytime you want to get the hell off me—please feel free."
Her sarcasm cut through his momentary lapse. One more second and he'd have been tasting her mouth.
"Tell me who you are, and why the hell you think you have a right to be on private property, and maybe I will." Just maybe.
With her fingers clenching beneath his palm, he felt the spike of her pulse at the pad of his thumb.
"Me tell you?" She blinked several times before glaring at him as though he'd just sprouted bunny ears. "I live here!"

Author Bio
Usually found with a pen in my hand, or my head in a book, I’m a contemporary romance author who also thinks fangs and wings are a very attractive accessory.
A devourer of books from an early age, imagination was my best discovery. I spent much of my childhood stepping into wardrobes, searching for that magical snowy world where conversing with animals would be expected. When I wasn’t searching for those worlds, I wrote about them instead. My first step into the world of romance was when I stole sneak peeks into my nana’s books. I’m still in that world and I refuse to leave.
I live in Staffordshire, UK, with my husband and three wonderful children. An avid reader and writer of romance, I strongly believe that words make the world go around. I like nothing more than to be swept away by the words on a page. I hope I can sweep you away too.