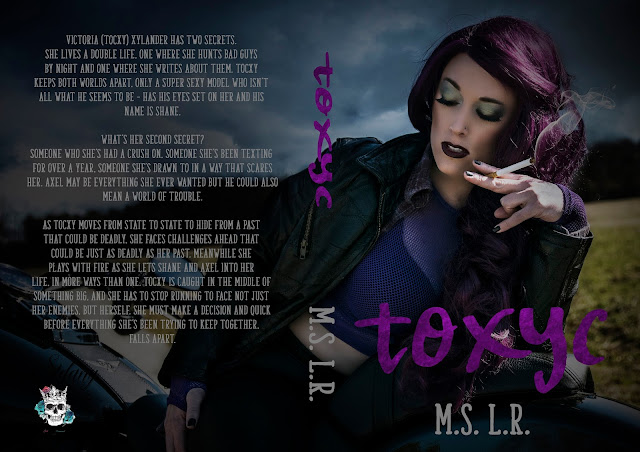 Cover model: Kristina Canady
Photographer: Gigi Hoggard with Gigi Photography Studios
Cover designer: Kay Renee with KLa Boutique - Swag
Blurb:
Victoria (Tocxy) Xylander has two secrets.
She lives a double life, one where she hunts bad guys by night and one where she writes about them. Tocxy keeps both worlds apart, only a super sexy model who isn't all what he seems to be - has his eyes set on her and his name is Shane.
What's her second secret?
Someone who she's had a crush on, someone she's been texting for over a year, someone she's drawn to in a way that scares her. Axel may be everything she ever wanted but he could also mean a world of trouble.
As Tocxy moves from state to state to hide from a past that could be deadly, she faces challenges ahead that could be just as deadly as her past. Meanwhile she plays with fire as she lets Shane and Axel into her life, in more ways than one. Tocxy is caught in the middle of something big, and she has to stop running to face not just her enemies, but herself. She must make a decision and quick before everything she's been trying to keep together, falls apart.
Pre Order Links
Amazon: http://amzn.to/2qehZEO
Barnes and Noble: http://www.barnesandnoble.com/w/toxyc-ms-lr/1126397574
iBooks: https://itunes.apple.com/us/book/id1236618705
Kobo: https://www.kobo.com/us/en/ebook/toxyc 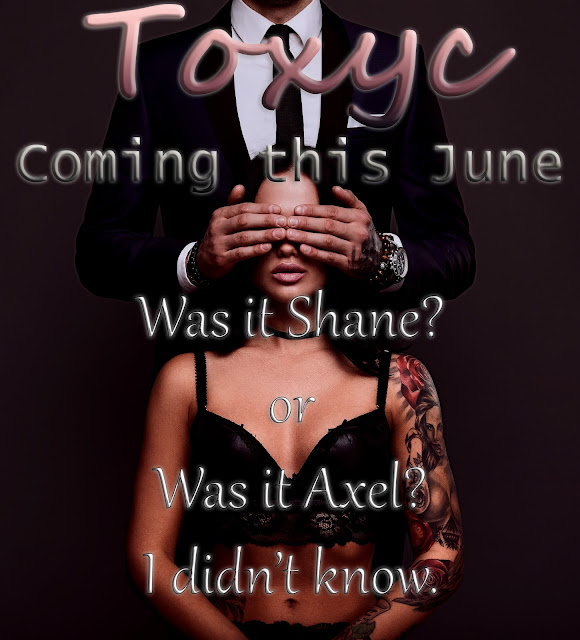 Snippet #1:
"Victoria." A deep male voice made me look up to find a familiar face grinning back at me.
I knew him from Facebook, not because I'd ever talked to him but because he had been on many book covers from well known authors and OK, he was even hotter in person. Oh mama!
"Do I know you?" I asked calmly – while I fan-girled inside - because he hadn't introduced himself and I didn't want to assume he didn't need to regardless of who he was. He didn't know me.
He cocked his head to the side and looked down at me, "Sure I do, you wrote that story about the biker girl who's a vigilante by night and what did she do by day?" He arched an eyebrow.
I looked into his dark eyes, "She was an FBI agent by day."
"Anyway, the book cover art for that book is awesome." He eyes me as I stand there unsure of why he's talking to me.
I smiled kindly, "Thank you, it was just a stock photo image and I just used Photoshop, no biggie."
His eyes widen, "Wow, pretty and talented."
I'm sure he could tell I was blushing and on top of that, I laughed nervously, "Thanks, looks like they're getting ready to take the group photo." I said as I turned to leave when he just looked at me amused.
"Hey Victoria," His hand is on my shoulder and a spark of something runs through my body.
What the hell was that?
"You forgot this." He hands me back the lanyard that I somehow left behind." His hand is still resting on my shoulder as I take it from him and his fingers brush against mine.
I acted as cool as I could but I probably failed, "Thank you Shane." His name left my lips before I had a chance to think about it.
"You're welcome Victoria." He replied with emphasis on my name.
I could still feel his eyes on me as I leave my cup on my table and make way to take the group photo. 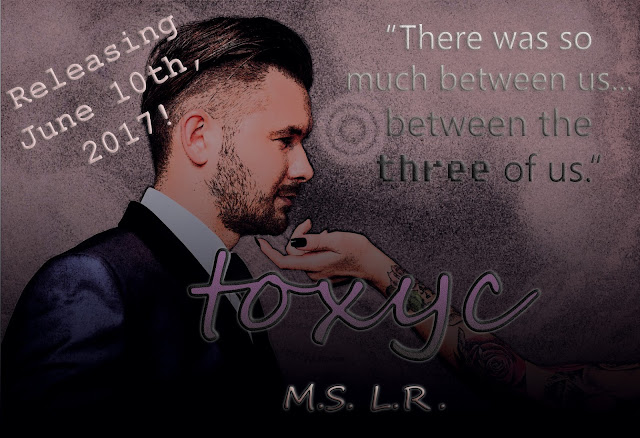 Snippet #2:
Finally I checked my phone as I walked out of the room and went through a few emails, messages and last but not least, the snap that Axel had sent me earlier.
"I want you." I stopped dead in my tracks as I re-read the message over and over again.
He wants me.
OK, he'd never said that before. In fact, we'd kept the sexy talk about our bodies not about us actually meeting up and doing anything. I know that's not what he said but it was implied.
"I want you too." I replied back because two could play that game. Honestly, I thought he was just playing with me or messing with my head because he'd never committed to meeting me at a book signing. So could I really believe he would actually meet up with me for date or even just sex?
I walked towards the elevators and as I did, I got another snap from Axel.
"Soon." It was all he said.
I didn't reply back. 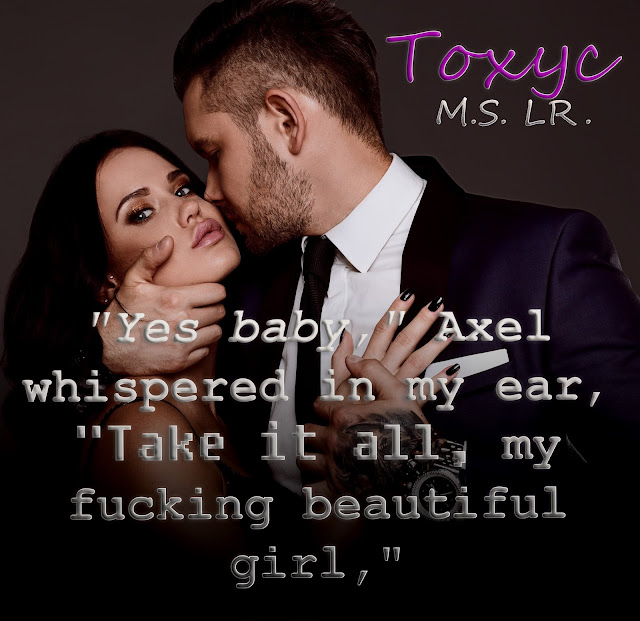 Snippet #3:
"Wow." A voice that wasn't Shane's or mine said.
We barely paused looking over in a haze of lust and desire, my eyes widened but I had lost control of my body and only felt what Shane was doing to me.
Axel stood by the door to the balcony staring at us but mostly his eyes stripped me bare, as if Shane hadn't just removed my clothes.
"Are you just going to stand there or are you going to join us?" Shane snapped at him and before I could object or push him away, his mouth was on mine hungrier than before.

Author Bio:
M.S. L.R., lived in Los Angeles California for eight years and then moved to Arkansas and has been living there ever since. She graduated Springdale High in 2007. Currently, she has a full time office job and writes on her free time.  She has also published YA Paranormal Romance under Stefany Rattles.
She loves to read, write, read and write!
Social Media Links:
Facebook: https://www.facebook.com/AuthorStefany/
Twitter: https://twitter.com/StrlngGry
Pinterest: https://www.pinterest.com/stefanyrattles/
Website: http://www.stefanyrattles.com/
Goodreads: https://www.goodreads.com/author/show/14114619.M_S_L_R_
Giveaway by Author Stefany https://business.facebook.com/AuthorStefany/posts/1188022571307855