Review for Half Sac by Thia Finn 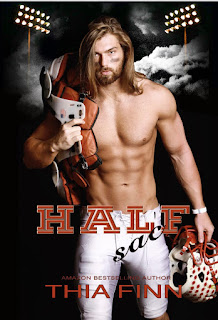 Blue Myers lives by his own code, ‘Be in Control’. He follows this on the football field when bringing down the best and biggest quarterbacks.
His code carries over to the bedroom, since he made rules to fulfill certain needs. Some women balk at his freaky plans. Others are all in. He chooses them carefully.
Follow his code or leave his domain, on the field or in his bed.

Rules? Codes? Who needs them? Not Noelle Jefferies. Rules are made to be broken. Especially from some crazy fetish control freak.
But what happens when she can’t seem to escape her thoughts about a hot football player with interesting rules?
Can she follow his code or will she break it and Blue in the process?

Who will submit first? 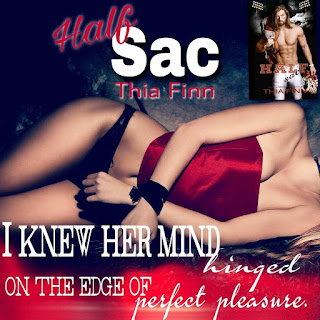 Thia Finn's "Half Sac" is the first tale in the Fall Boys series. Blue Meyers needs control in the bedroom, what he doesn't tell the women is why. An issue from his teens changes who he is and how he reacts to the opposite sex. Can a new cheerleader change things for him? Will she play his bedroom games, or will she walk away. Find out in this awesome read!!! 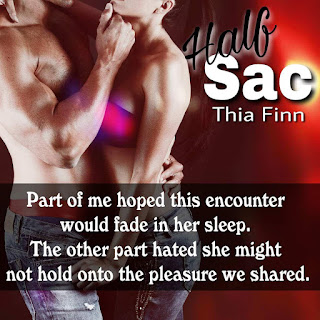 Growing up in small town Texas, Thia Finn discovered life outside of it by attending The University of Texas, on ly to return home and marry her high school sweetheart. They raised two successful and beautiful daughters while she taught middle school Language Arts and eventually became a middle school librarian. After thirty-four years in education, she retired to do her favorite things like travel, spend time off-roading with family and friends, hanging out at the Frio River in the Texas hill country, reading, and writing.

She currently lives in the same small town with her husband and the boss, Titan, the Chihuahua. She can often be found on social media, watching Outlanders, Games of Thrones to name a few.