Promo for Bringing it Home (Upending Tad #5) by Kora Knight 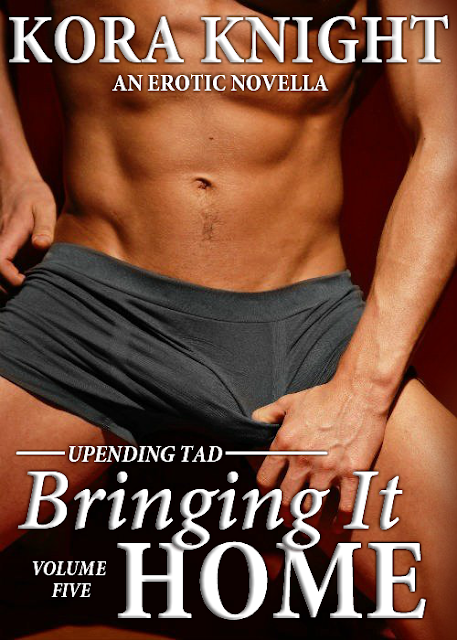 It’s Friday night and Tad finds himself doing pretty much what he’d expected. Celebrating with his friends at a night club in honor of their buddy Breck’s birthday. The music’s pumping, drinks are flowing, as laughter and dancing bodies abound. Nothing too outlandish, nothing unusual.
Until Scott and his own crew show up at the place. Funny how the one person Tad prefers above all others is the last person he wants to see. But now that he’s spotted the guy across the room, he can’t seem to take his eyes off him. Which winds up being a very bad thing. Seems Scott out in public with other attractive men is a much different story than Tad’s used to.
As one disturbing event after another unfolds, Tad splits before he loses his mind. But the breather he needs he does not get. In fact, things just go from bad to worse, the night ending on a note he never would have imagined. As things between Scott and him hit rock bottom, the only direction left must be up. If only Tad’s life would follow such a formula. But the path he’s been walking lately has never been that simple.
With a world of revelations finally revealed, can Tad find it in himself to make peace with Scott’s past so they can finally head into the future? 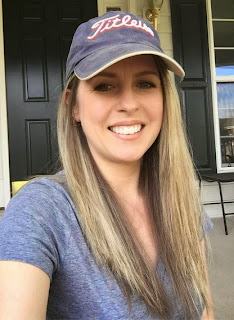 Born and raised in the Northern Virginia, Kora Knight has always loved to read, but it wasn't until her preteen years that she discovered her deep-seated love for writing. With published literary teachers and play writers in the family DNA, it really shouldn't have been a surprise.
But she also had a love for art.
So, bartending her way through college, she worked hard to earn a degree in Graphic Design. It was during this period of time that she met her husband. Together they've built their crazy life together, ushering in four equally crazy children to enjoy it with.
It was during her time as a stay-at-home-mom that she first became involved in social book forums, then from there tried her hand in literary role playing. Which, in turn, led to becoming a fervent online independent writer. Since then, she has endeavored to share with the world her impassioned stories of love, adventure and sensual wonderment, her most recent delight being that of m/m erotica.
Kora is currently working on the last installment of her m/m Up-Ending Tad series, as well as a handful of other projects, all romance, to be released as early as next year.