Cover Reveal for The Bellator Saga: The First Trilogy by Cecilia London 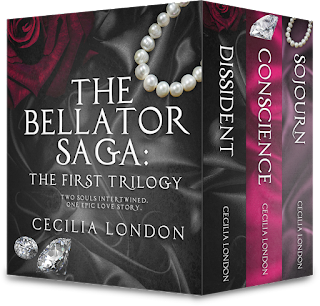 "This series is off the chain. OFF. THE. CHAIN. Gutwrenching, heartwarming, frightening, loving, sexy as all living hell – it’s life in a book." - Beverages and Books

"I can't recommend this series enough. The Bellator Saga is PHENOMENAL. I don't know she does it but Cecilia has created this brilliantly intelligent, sexy, suspenseful, and moving saga with both light - hope, love, and friendship - and dark - hate, abuse, and evil. Each book has a distinct feel and direction and somehow each one manages to hit you at a completely different emotional level." - Suzanne, Slut Sistas

"Breathtaking. Brilliant. Stunning...Reading these books is like eating a delicious and very expensive box of chocolates, each piece is unique, some sweet, some bitter but in the end you simply can't have enough...never before have I felt so inside or so connected to a story." -Dee, Wrapped Up In Reading

In case you missed it, here are my reviews of #1 - #3:
Cecilia London's "Dissident" is the first tale in the Bellator Saga. It's an interesting premise. Something has gone wrong and states are seceding from union and government leaders are enemies of the state somehow. This storyline is being slowly revealed in an intertwining way with the backstory of the leading lady, Caroline. Half political thriller and half romance. The intimate scenes usually just include the foreplay elements and hint at what happens - more of a "closed door" approach - some of the foreplay, however, is described in full yummy detail!
4 out of 5 stars

Cecilia London's "Conscience" is the second tale in the Bellator Saga. When I reviewed #1, I wrote that the intimate scenes had a "closed door" approach, but not so with #2! There are lots of sexy, fully detailed nookie scenes. Mmmmm... I really like the way the story is told as a mashup of past and present. And the sexy Jack flashbacks are the best! I can't wait to see what's next in #3 ("Sojourn") coming next year!

Cecilia London's "Sojourn" is the third tale in the Bellator Saga. Just in case you haven't read the series, something has gone wrong and states are seceding from union and government leaders are enemies of the state somehow. This storyline is being slowly revealed in an intertwining way with the backstory of the leading lady, Caroline. You definitely need to read #1 and #2 before you read #3. It's hard to say more without spoilers. Overall, just a really good #3...probably the best #3 I've read in a while. It's gritty and amazing. 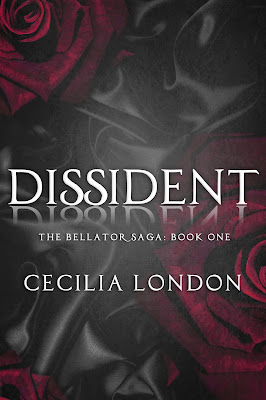 Rising Democratic star Caroline Gerard is reluctant to fall in love again after losing her husband. Can Republican playboy Jack McIntyre break through her grief and capture her heart? Told mostly in flashback and set against a chilling fascist backdrop, Dissident is a rollercoaster ride of political intrigue, passionate romance, and undying love. 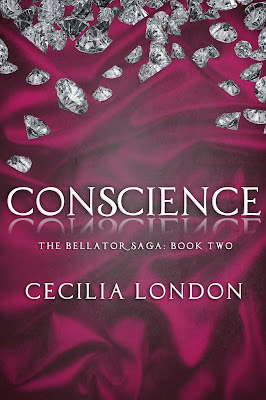 Caroline faces the biggest challenge of her life when confronted with the cruelty and sadism of her captors at The Fed. Hope fades quickly, even as she holds onto her one last bit of sanity and her unshakable belief that her husband will rescue her. But is that faith just a mirage? 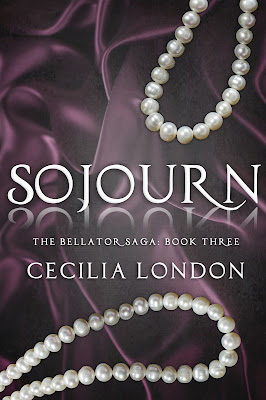 Reeling from her experiences at The Fed, Caroline tries to forge ahead and create a new identity. But that’s hard to do with the ghosts of the past constantly whispering in her ear. She is determined to find the rebellion and move on with her life, but what will she find when she arrives there? 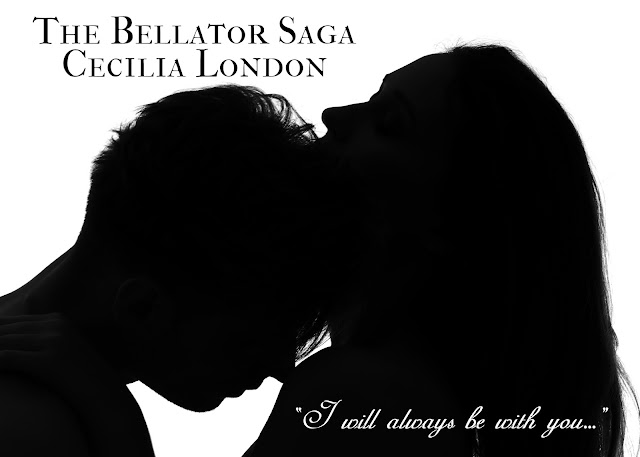 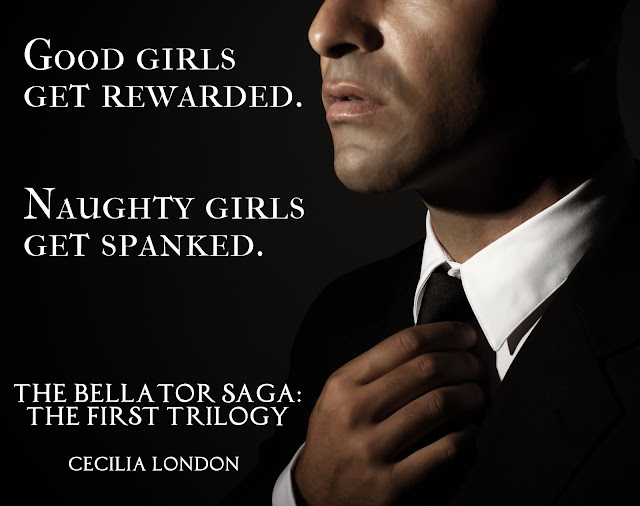 Cecilia London is the pen name of a native Illinoisan currently living in San Antonio, Texas. She's filled several roles over the course of her adult life - licensed attorney, wrangler of small children, and obsessed baseball fan, among others. An extroverted introvert with a serious social media addiction, she is the author of The Bellator Saga, an epic, genre-crossing romance series. You can catch all of her quirky updates on Facebook, Twitter, and Instagram, or at her website. 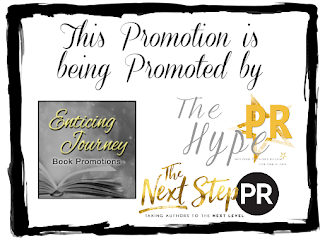