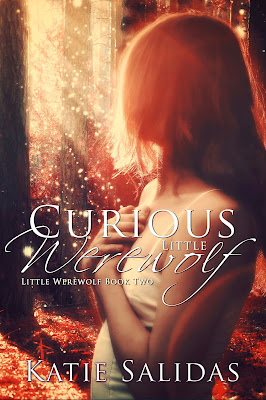 Things would be perfect if supernatural disasters would quit creeping up and ruining Giselle’s happy new life. After finally finding the fur-ever home she’s always wanted a witch blows into town promising to reveal the bloody past of Giselle’s birth, and the circumstances that led the little werewolf to end up in the foster care system to begin with.
Hot on the witch’s trail, another pack of wolves is on the hunt for revenge, and will accept nothing less than her death in retribution for the havoc she’s wrought on them.
Caught in the crossfire, Giselle desires only the truth, and if the witch is who she claims to be, the little werewolf must protect her at any cost. If she’s lying, though, Giselle risks her own kind seeing her as a traitor. Neither her new pack nor her hottie witch boyfriend Damien can offer any help.
Giselle is on her own again. And if she makes the wrong decision, she’ll lose the only link she has to her own past.

They eyed each other silently, neither one offering up a word to start the conversation.
In the quiet between them, Giselle studied the scent. Definitely a perfume: natural oils of patchouli had been mixed with clary sage and just a hint of citronella. It worked well to mask the other synthetic smells of deodorant and floral soap that still clung to her body, but not well enough to trick Giselle’s nose. This woman was no wolf. She was definitely a witch, though. The pendant she wore was enough to give that away, and the Bohemian style clothing with flowing skirts and odd colorful patterns screamed “earth mother.”
The woman closed the distance between them after the silence had long since gone stale. “You do recognize me, don’t you?” There was an oddly hopeful edge in the woman’s voice that caught Giselle off guard.
Should she recognize her? Sure, they both were redheads. But how many other ginger women in the world were there? That meant nothing. And if she was being truly honest with herself, all the faces of all the foster families that had taken her in and subsequently sent her back into the system had long since blurred together into one wretched image in her mind. If this woman had been a part of the foster system, she was barking up the wrong tree if she thought Giselle would welcome her back into her life with open arms.
“Sorry. No.” Giselle crossed her arms in front of her and stood firmly in place.
“Oh, but how could you?” A tear trickled from the corner of the woman’s eye. “I just thought… You were such a tiny thing the last time I held you in my arms.”
Giselle scoffed silently, remembering all the broken promises and false hope that came with each new family that took her in. “Lots of people held me in their arms… and dropped me just as quickly.”
Her words seemed to cut straight to the woman’s heart. More waterworks had her wiping her cheeks with the billowy sleeve of her shirt. “I know. I wish I could have given you a different life. You were meant for so much better things. But…I… sorry.” She sniffled, taking a few stuttered breaths, and then cleared her throat. “Giselle, I am so very sorry.”
“I never told you my name.” The woman’s tears had tugged at Giselle’s heart, but at the mention of her name, she was back on point. How much did this woman know of who she was? And why?
“I didn’t mean to come off so forward. I have just been searching for you for so long.” The woman reached a hand out as if to welcome her in for a hug, but Giselle took one step backwards, out of her reach.
Giselle opened her mouth to speak, but the words refused to come. The woman had all but admitted to being her mother. She had certainly made a show of emotions. But sad as they were, her sobs failed to stir the same feelings within Giselle. Numbness and confusion had Giselle’s feelings locked tighter than a bank vault. If she was her mother… But that wasn’t possible. She was no wolf. 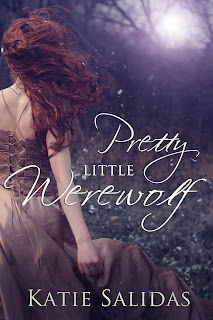 Find out more about these books and more. 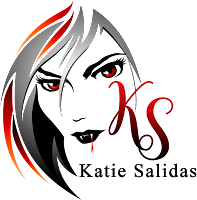 Like Free Books?
Sign up for the Paranormal Posse Newsletter and receive a free copy of Carpe Noctem
http://www.katiesalidas.com/p/newsletter.html