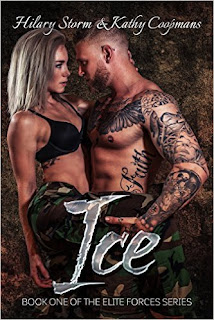 Kathy Coopmans & Hilary Storm's "Ice" is the first tale in the Elite Forces series. Captain Jade Elliot is the first woman to complete Army Ranger sniper school. She's on her first assignment in the special forces. Her and the team she's with are waiting for their new commander to show up to their make-shift base. What Commander Kaleb Maverick finds when he gets to his new temporary command makes his blood boil. He breaks up what's going on and makes it to his advantage to get what he wants. From the first moment he laid eyes on the files of his temporary team he's wanted Jade. Can he get her? Will they get their mission done? Can they work together? Can Jade handle what she does on the mission? Find out this and more in this awesome read!!!! 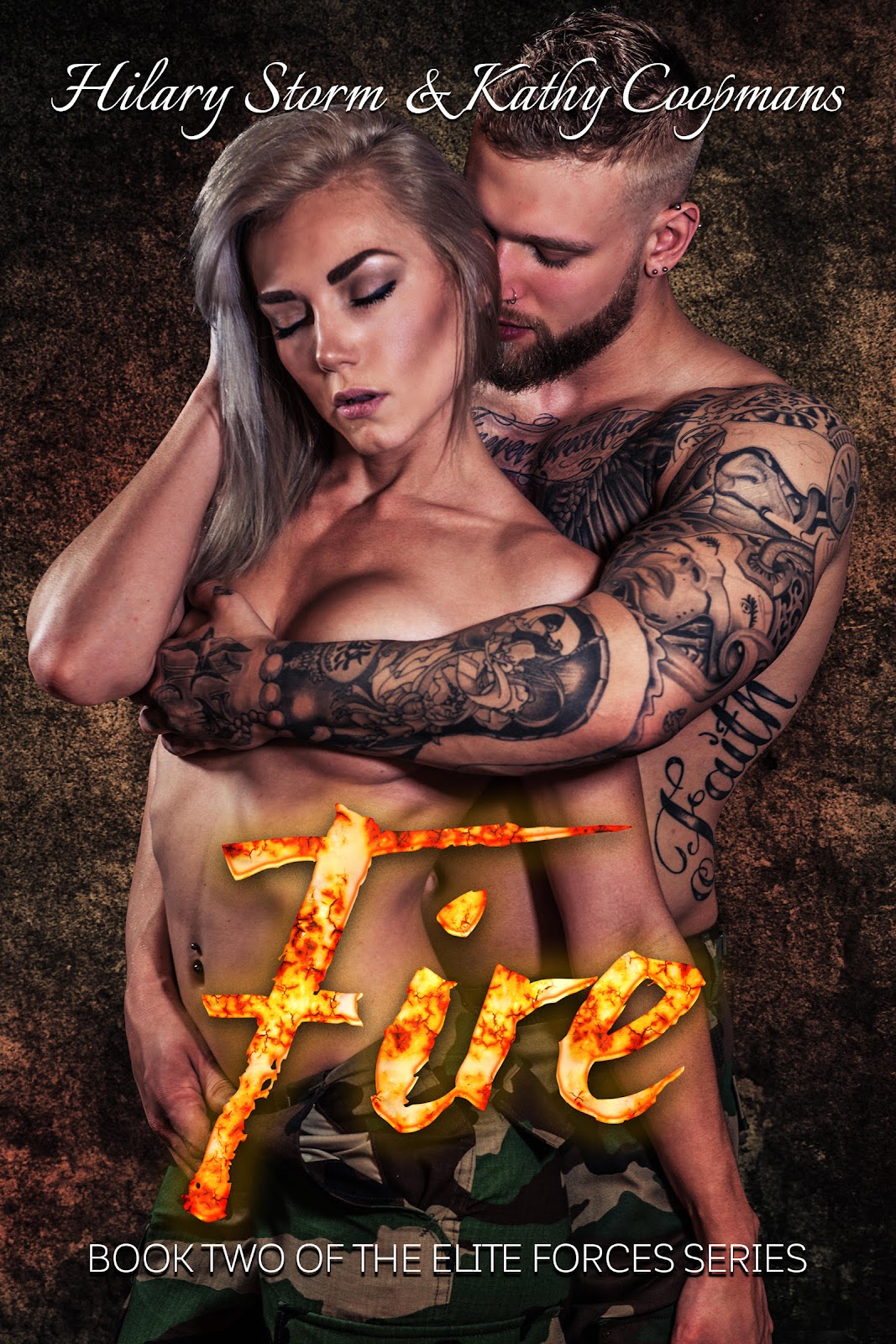 The moment you think you have it all is when it vanishes right before your eyes.

He had one final mission, but who knew it would go wrong? Kaleb Maverick is now fighting for his life. The life he wants to share with the woman he loves. The Fire inside him not only burns for her, it sizzles.

Jade Elliott has lost one man in her life. She's determined not to lose another. The coldness in her heart can't handle another loss like that. She refuses to let Kaleb go.


He's the Fire to her Ice. She's the Ice to his Fire. Together they cause an explosion so hot that someone is bound to get torched.

Kathy Coopmans & Hilary Storm's "Fire" is the second tale in the Elite Forces series. Kaleb has been captured by the enemy and is blindfolded and taken elsewhere where he is caged like an animal. Jade fights her team to get back to Kaleb, but they won't let her go back until the prisoner is secured and they can find out where they took Kaleb. Can Harris make sure Jade doesn't do anything stupid? Who has Kaleb? What happens when someone from Kaleb's past is involved? Can Jade and the team save Kaleb? Find out this and more in this crazy, action packed read!!! 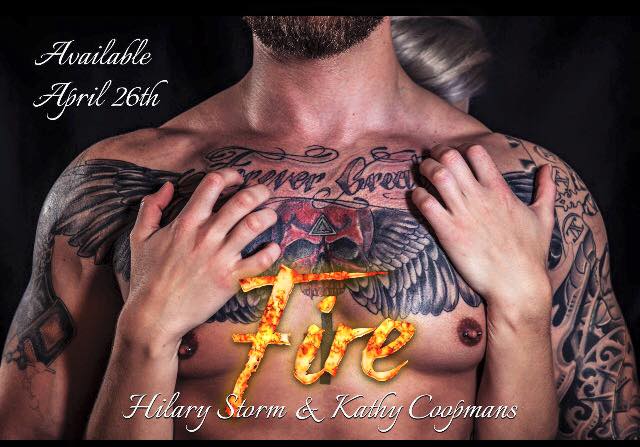 Excerpt
Love, a word never on my radar, has now taken over my existence.  My world revolves around this man.
I’m in love with him because of the deep connection I felt the second I saw him and dealing with the torture of this week has only intensified my feelings.  My mind went crazy, thinking of everything he went through, as I examined all of the marks on his body.  I can tell he was whipped many times.  The wounds are starting to heal, but I’m afraid the surface scars will always be there.  And I don’t even want to think about the internal scars something like this would bring.
I don’t care what he looks like or how much this will torment him.  He takes me and I take him just the way he is.  He’s been point blank about wanting me from the first day we met, and now it’s time I match his determination.  His blastoff introduction to have me on my knees that first day could’ve so easily gone a different way.  I’m just glad I felt the connection the second I laid my eyes on him. 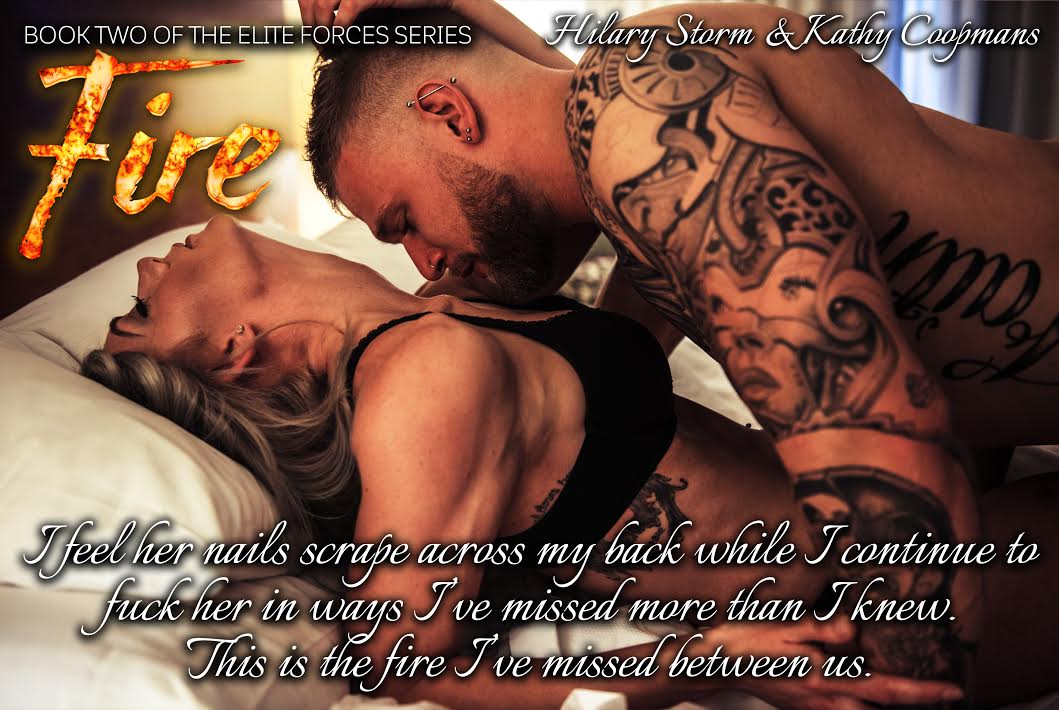 About the Authors:
Kathy Coopmans

Hilary Storm lives with her high school sweetheart and three children in Oklahoma. She drives her husband crazy talking about book characters everyday like they are real people. She graduated from Southwestern Oklahoma State University with an MBA in Accounting. Her passions include being a mom, writing, reading, photography, music, mocha coffee, and spending time with friends and family. She is the international best-selling author of the Rebel Walking Series, Bryant Brothers Series, Inked Brothers Series, and Six.