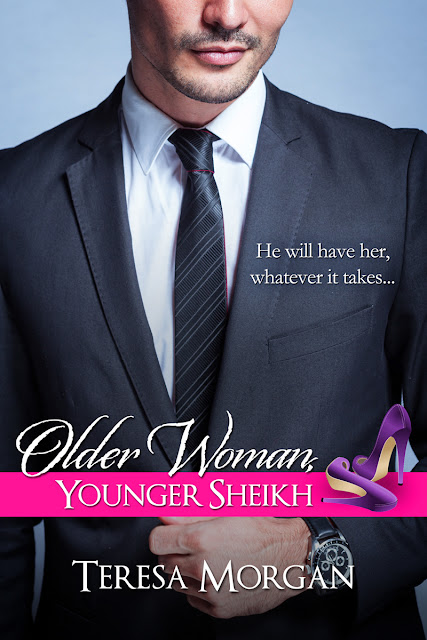 After sixteen years of being forced into a life as an older man's mistress, Rania Giovanni-Al Haifa finally has her freedom. Maybe people in Qena look down on her for her past, but with Sheikh Ghassan gone, now she can focus on investing her small inheritance and making other people's lives better.
But the new sheikh, the hot and sensual—and much younger—Amin Al Nawaz, has other plans for her... 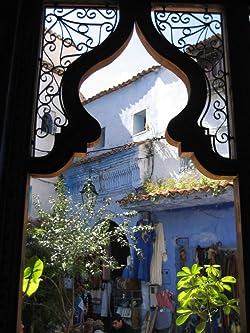 Hello, I'm Teresa Morgan. I believe in fun, in fantasy, and that the power of love can heal most wounds.
I'm pretty boring in real life. I'm Cool Auntie to two fabulous nieces who love waterslides, and my boyfriend is a Vibration Engineer, which will never stop being funny. I live in a cold, dark city and dream of the desert.
The most interesting thing about me is that I write romance novels. Inside my head, there are whole worlds waiting to get out. I write about sexy, but damaged, heroes who are willing to do anything to get what they want. And of course I have to pit them against belligerent heroines (okay, they might not be belligerent at the start of the story, but they are by the end!) who can stand their ground against anything--or anyone--who gets in their way.
I'm inspired by love triumphing over evil, little old couples who walk around holding hands, and Tom Hiddleston dancing.
My boyfriend introduced me to the love of Formula One racing and sexy cars, which is fantastic, and to jogging, which I will never forgive him for.
For me, romance novels are about getting away from harsh realities and diving into universal truths. That we are all more alike than we are different, and that at the core, we all want the same things. Happiness. Security. Love. To build things that last for generations.
Most of the time I'm at my local coffee shop writing about hot sheikhs and dancing with the cruel mistress caffeine. When I take a break, you can find me driving a MINI Cooper named Alice, watching Orphan Black, reading fantasy or romance novels on my Kindle, scuba diving, whipping up award-winning dulche de leche cookies, and planning my next trip (Prague? Singapore? Playa del Carmen?), but not all at the same time.

Excerpt
"Are you not attracted to me?" Amin’s top lip ticked up into a full-on sneer before he turned aside as if he couldn’t look at her. "That seems unlikely. I am young, well-groomed, fit. Surely you can have no complaints, especially in comparison to my guardian."
The television static in her skull was all movement and no sense. "Why me? You could have a much younger wom—"
She stopped, biting the word in half, as the full impact of what he’d said earlier hit her. The agreement. He knew about it.
Now, he controlled Al Nawaz Industries. Now Amin, not Ghassan, had his hand around her brother's throat.
Merda.
He intended to throw her into the same situation she'd been in for nineteen years. To save her family, she had to sleep with him. Her eyes kept being drawn to the partly open door to her left. The one she knew led to the sheikh's bedroom. Knew it intimately.
"In addition to you being convenient, you were the subject of my schoolboy fantasies."
She sucked in a breath.
"I spent many nights dreaming of rescuing you from the clutches of my villainous guardian. But I did not truly understand what I wished from you then." An elegant, dismissive wave of his hand. The golden seal of Qena, the one Ghassan had also worn on his pinky, glinted in the candlelight.
He pushed his chair back, rose, and began to circle the table, his arms folded behind him. “Of course I understand very well now. And tonight, so shall you.”