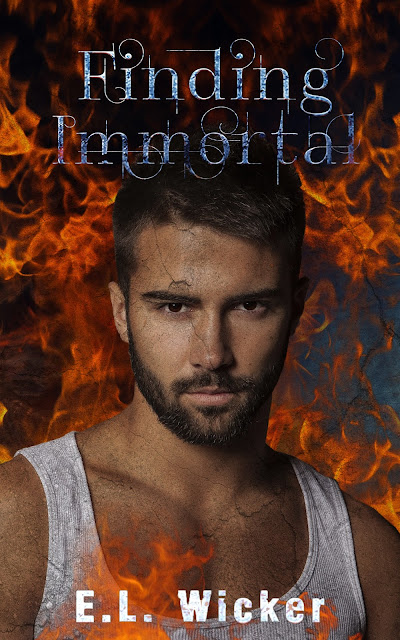 After losing the love of her life, Ilia Rose will do anything to feel Nathaniel’s presence, even if it means freezing or drinking copious amounts of alcohol.

When she learns that Alex is tracking down the remnants of Sol’s army to deliver his own style of justice, she rushes off to find him.

On an alcohol induced killing spree, Ilia and Alex receive information that sends their hopes soaring, thus beginning a race to discover the truth about Nathaniel’s death.

Unfortunately, for Ilia, the truth may prove far more dangerous than any enemy she has ever faced.

Finding Immortal is the second book in the Bearwood series by E.L. Wicker. After losing Nathaniel during the fight with Sol and Selena Ilia now feels even emptier than before but with that emptiness also comes worry for Nathaniel's best friend Alex who has been pushed over the edge by his death. When she goes to check on him and bring him back home she learns hes searching for Sols followers and killing them. This send her on a killing spree with him, until one of the vampires tells them something that sounds too good to be true and send them on another search, a search for answers. Finding the answers she is seeking may just come at a greater cost than she ever expected.

This book was just as good as the first. Again there was a cliffhanger at the end and I am not into cliffhangers but still it was a good book and was able to keep me interested the whole time. Now of course I just have to wait for the next one to come out so I can find out what happens. 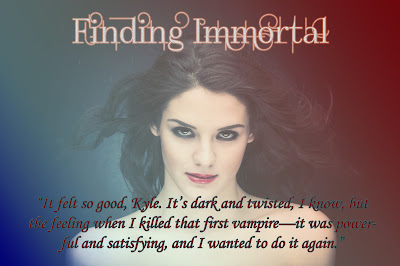 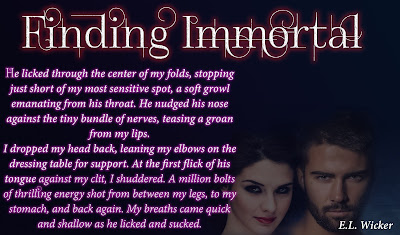 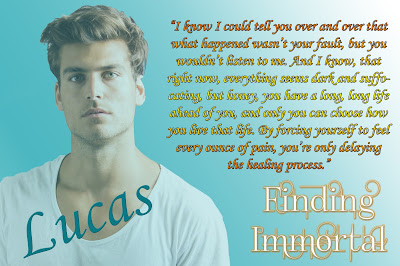 First Book in the Series 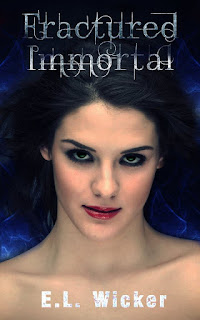 Just in case you missed it, here's Shawna's review of #1:

Fractured Immortal is the first book in the Bearwood series by E.L. Wicker. After over two hundred years of running from her horrific past Ilia Rose must go back to the one place she never wanted to return to, and see the one person she never wanted to see again just to catch and kill the one man she thinks started it all. It isn’t until she meets the handsome Nathaniel that her true past comes to light and the things she thought she knew about that horrible night really aren’t what happened and the world as she knew it is gone, replace with an uncertain future but a future she knows she wants to share with Nathaniel and her friends. Her version of that horrible night over two hundred years ago may have changed but her friends versions have not and Sol is not only a murderer but now with an evil witch by his side can potentially hold the power to not only destroy her, her friends and the man she loves but the humans in the world will be in more danger than ever. Ilia and her friends must do all they can to ensure this doesn’t happen. Ilia and Nathaniel are not only connected by the love that has grown between them but also by a magic they never knew existed. As they learn the truth about their gifts can they be strong enough to fight Sol and Selena or will they fail all of the people they love and lose the battle?

I really liked this book; it was able to grab my attention and keep me wondering what was going to happen. There were a few instances where I thought that it could speed up a little but for the most part It was great and I can’t wait to get started on the second book. I’m not fond of cliffhanger endings but it wasn’t bad in this book. There was an ending to the book, it just had a little twist to it, a twist I am glad was there. The way the characters are in this book reminds me of the Mortal Instruments, where its main focus (other than the evil they are fighting) is on a girl and the man she loves but her friends have their side stories during the series as well. There are a few things that I still have questions about, like Lana and her past really aren’t talked about but with more books in the works I’m hoping it will eventually come out.

E.L. Wicker lives in Hampshire, England, with her husband and two daughters. Her debut book, Fractured Immortal, was released in December 2014, and in June 2015 was short listed for a Self published and Small press award. She is a regular contributor to YATopia, Whiskey, Wine, and Writing, as well as a co-host for the Whiskey, Wine, and Writing web show. E.L. Wicker is a New Adult junkie, with a stack of NA books a mile high on her TBR list and a stack that could possibly stretch to the moon in her already read list. You can find her on Twitter, Facebook, and her blog. She also regularly sets up new blogs and designs logos and banners for people at no cost.