Review for Salvation (The Rending #3) by Cara Carnes 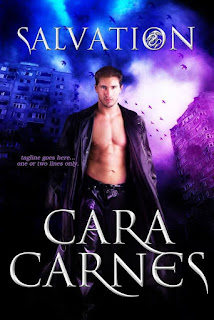 A blood debt shrouded in secrecy…

From birth, Camryn has been groomed for sacrifice. She’ll do anything to fulfill her last mission—protecting the Paraspecies king. Recent betrayals have left everyone on edge, especially the king’s second in command. He has no intention of standing down. She must either earn the trust of the mate she can never have or destroy him.

He won’t fail his king again…

Trent will eradicate the treachery within the Paraspecies that nearly killed him and the king. No one is above suspicion—especially the female succuba mage who rescued the king and saved them both from certain death months later. Why would she help the enemy? The elusive female is a hindrance he’s determined to break.

Salvation is the third book in The Rending series by Cara Carnes. This series just keeps getting better and better, I couldn't put this book down. In this book not only do you get to know more about Camryn and Trent you also get deeper into the world of Redemption. A world you wont want to leave once you start reading about it.

In Salvation you finally get to know the succuba mage, Camryn. In the previous books you see a bitch with no emotion and tons of mystery. Now you will know who she truly is and all the mystery will come to an end. I can say I spent the better part of this book with tears in my eyes. Camryn is probably one of the strongest females I have encountered in a book and she has gone through so much abuse and been hated by almost everyone she has ever met, yet she always holds her head up and pushes forward. Her entire life has been nothing but sacrifice for people who treat her like crap and this last mission is no different. She is sent to save the kind or the paraspecies and to do it at any cost.N o matter how bad he and his team treat her she is going to save him and she will do it at any price, even her own life. Not only does she have to save him, she is determined to save her mate, a mate she knows she will never be lucky enough to have love her back. I mean come on, who could ever love a succuba mage? They are the most detested of all paraspecies.

After Camryn saves Trent's life he is mysteriously drawn to the succuba mage and cant fathom why. He figures it will eventually go away but until then he plans to watch her as closely as possible. What he doesn't expect is that while keeping a close eye on her he gets to see the woman behind the facade.Seeing who she truly is and the torture she has gone through all her life sheds a new light on the feelings Trent has for her. But will it be too late? Will the feelings he has for her come at the price of loss? So much is a stake, can he keep his king safe and have the love he wants or will her sacrifice to keep them safe come before he knows whats happening?

This was an awesome book and I'm sad I will have to wait for the next one, but I'm sure it will be worth it. Cara does such an amazing job telling these stories with such detail shes definitely on my list of favorite books/authors.

If you love paranormal and are ready for a whole new adventure into an entirely different world than you have even been in, with twists and shocking revelations at every turn, then this is the series for you. 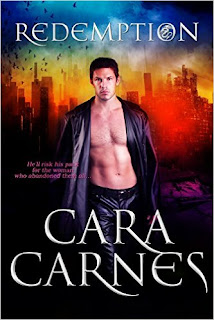 Just in case you missed it, here is Shawna's review for #1:

Redemption is the first book in the Rending series by Cara Carnes. This was a fantastic book that kept me riveted from the beginning all the way to the end. There are so many twists and surprises you never know where the book is going to take you. I love how it was just non stop with never too much space between things that you get bored. This is much more that just a love story, this is an entire new world with Dragons, Gryphons, Succubae, Mage, shifters, humans and the in-betweens (called Impures) like you have never read about before. The main characters, Mira and Adrik, are amazing and I just fell in love with them, but all of the characters are written very well. With the authors awesome imagination I just cant wait for the next book in this series to come out, I'm sure it will be just as good as this one. 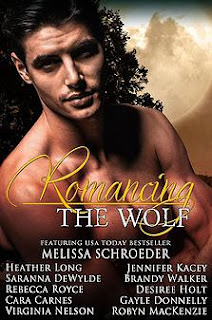 Just in case you missed it, here is Shawna's review for #2:

Redemption's Forgiveness if the second book in The Rending series by Cara Carnes and is contained in the Romancing the Wolf anthology. This book is just as awesome as the first. I absolutely LOVE this series and cant wait to get to the next book.

Felicity had a great life with a loving mother and grandfather. living in the pack that protected the king of all paraspecies. Then tragedy happened, her mother dies and her father took her from her pack to live the life of an outsider. Once she got older she realized that if she didn't leave she would be killed, so she left but always kept an eye one the troublemakers she called family. It wasn't until she realized their evil plans that she knew she must do anything she could to stop them.

Merek and his pack suffered greatly when they were young, captured tortured, and forced to watch their parents get slaughtered. They grew up faster then they had to and became fierce warriors. Marek never expected to find true love especially with an outside.Felicity is no normal outsider, with her amazing tracking skills and fierce determination, no one can stand against her. Merek can try to fight it all he wants but the chemistry is there and neither of them can fight it in the end. Th only think holding them both back is the threat that is out there determined to bring Redemption to its knees and kill all who reside there. Can these two find love at last and fight the evil force threatening to bring down all that Merek and his pack has worked for or will they be too late and doom the whole community?

This, just like the last book, is an awesome read and I can't wait to get to book 3, Salvation. Cara Carnes knows what she doing with this series and I am HOOKED.