Promo for Being Amber by Kristal McKerrington & Joe E. Legend 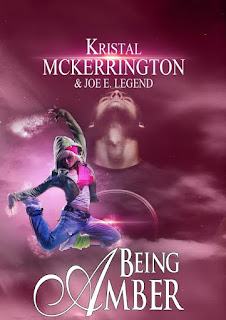 Unsure about elements of her life, Amber trains her dance team as she was taught by two famous women. Marie and Layla. An act of violence brings a revelation that rocks Amber's world. Marie and Layla are far more than outstanding Street dancers with a fabulous reputation- they're Amber's half sisters. Yet another chapter of the Susan Family opens with Being Amber. The plucky young woman fights to retain her own identity while also becoming part of the Street Dance World. 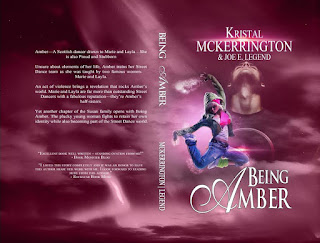 My Review for Marie's World:

Joe E. Legend and Kristal McKerrington's "Marie's World" and "Marie's World: The Aftermath" are the first two books in the Marie's World series. It's a story about the dancing and professional wrestling worlds. There is an ensemble cast, and they do a good job introducing one character at a time so you can keep track of everyone. Each new detail is presented in turn, spiraling back, so you know more and more about each person. At times it has the feel of a WWE storyline and at other times it's a sophisticated dance. A true mix of dance and wrestling! I didn't want it to end, and maybe it hasn't! 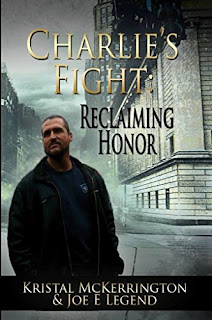 One man has a chance to reclaim all he’s lost. He’s up against impossible odds.

About The Authors:
Kristal McKerrington has been a professionally published author since 2010. She writes for Reem Vision and is the former writer of Bishop-Lyons Entertainment. She is published worldwide. She has been a commentator for TMZ. She is an award winning marketing and promoting author. She is a member of the Romance Writers of America's Association. She lives in Glasgow. She is about family and a former Street Dancer. She is a fan of wrestling.
Kristal grew up in the backwaters of Scotland, she suffers with arthritis and she loves to write about Vikings, Selkies, myths from her country.

Joe E Legend has returned to ITV, a UK national TV network. He currently wrestles on TV in South Africa, as well as Israel TV. He has starred in films, TV shows and is the face of many wrestling companies worldwide. He has starred in Celebrity Wrestling as the co-host for ITV.  He is has been a professional author since 2013. Joe and Kristal are represented by Gilbert Literary Agency. 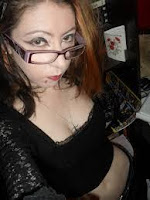